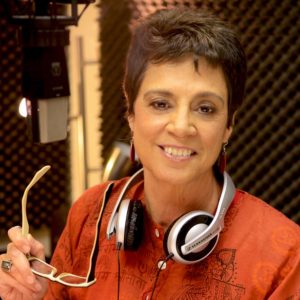 She has done voice over for: Disney, Miramax, Universal Pictures, Fox Kids, Digimon, Johnson & Johnson, IBM, GNC, Intel, Harcourt Brace, and much more. Check out the feature film, "Mummy, I'm A Zombie!" On Netflix, which was cast and directed by MJ. She was also the voice of the boy pirate, Gonner! On Amazon check out "The Dancing Pumpkin “ cast by MJ and "The Grid Outlet Maul" Directed by Linda Andersson and MJ as well as MJ voicing Auto De Fuse. MJ also cast and directed 52 episodes of "Clay Kids" now showing in 60 countries and she also voiced the character Albert.

You can view a fews episodes of Clay Kids at https://youtu.be/P2Xg4okkTuI