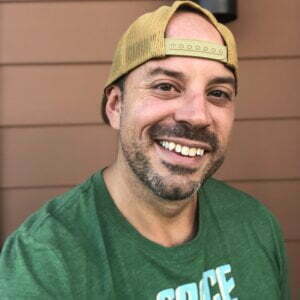 David is a Voice Actor, COO of the GVAA, rates & performance coach, creator of the GVAA Rate Guide, and one of the industry’s foremost rates experts and advocates. He educates the industry on rates, voice actor value, and mindful practices to run a business from a place of abundance and authority. David is a passionate advocate for fair rates and showing voice actors the value they command. He’s had the pleasure of educating the industry through the GVAA, coaching, webinars, podcasts, and speaking at conferences such as VOcation, V.O. North, and VO Atlanta. David is dedicated to ensuring the stability of voiceover rates through rate and negotiation education and advice.


David's journey to VO & the GVAA:

David has allowed his creative vision, passion, integrity, positivity, and humility to guide his journey. He serves as the Chief Operations Officer for the GVAA, responsible for managing all aspects of the academy. David joined the GVAA in 2016 after creating the GVAA Rate Guide.

Originally a student of GVAA, David was mentored by Cristina Milizia. After receiving rates advice and resources, he created a personal rate guide that became the foundation for the GVAA Rate Guide. After working with Cristina to develop and introduce the first version of the Rate Guide, David joined the GVAA staff and has become the main driver of the organization’s growth and development.

David was born in Ft. Lauderdale, FL, and lived in Orlando for 22 years after attending the University of Central Florida (UCF) Go Knights!! He relocated to LA in June of 2020 (yup! during the Pandemic) to continue his VO journey.