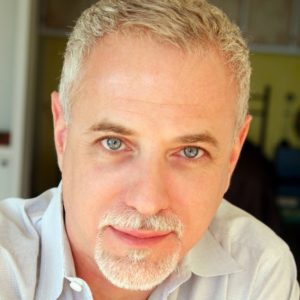 Steven Reisberg has directed and coached countless thousands of voice over sessions. His clients include the very top voice over talent in Hollywood and many A-list celebrities, including the late great “King of Voice overs” Don LaFontaine. Anytime you turn on the TV or radio, go to the movies or play a video game, you are certain to hear an actor who has worked with Steve. Formerly the Voice over audition Director for the William Morris Agency, The Tisherman Agency, and TGMD Talent, Steve currently directs voice over for The Voicecaster.

Steve directs from strong acting technique mixed with knowledge of what actually books the gig. Through coaching and directing dozens of actors every day for years, Steve has analyzed and refined techniques that really work to get actors the job. The proof is in the end result. Steve’s actors book.

Born in Brooklyn, New York and raised in central New Jersey, Steve began studying the art of magic and theater as a child. He has been performing as a professional since age 10 and received his degree in Acting from Rutgers University. For most of his life Steve earned his living as a professional magician and actor. Although most of his time is currently devoted to voice-over directing and coaching, Steve still finds the time to act and perform magic. He has acted in many plays in LA, especially at The Road Theatre in NoHo. Steve is a proud member of The Magic Castle in Hollywood.