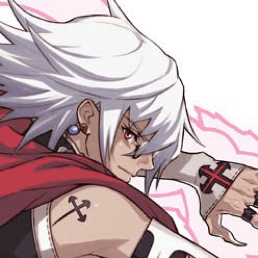 Image: cool-headed, intellectual warrior like Kyle MacLachlan in Dune noble in aim, but with some shadow like Christian Bale’s Batman

Tone: aloof and intellectual, but passionate about protecting the world

Traits: a smart, even-tempered foil to Rajiv’s (and later Morte’s) brute force moderate in his views, he abhors Rajiv and Morte’s extremism grew up faced with prejudice due to his half-human heritage he initially works for the feral forces, but doesn’t buy their superiority ideally, he wants a peaceful world where everyone can coexist ultimately, even he is disgusted by the abuses of the feral nobles

Bio: For the majority of the game, Naja is a crack lieutenant for the feral Salvation Committee, committed to protecting the world from Morte and her cohorts. Despite his skill and intellect, however, his mixed parentage makes him the target of prejudice within the ranks of the feral forces. He ultimately confronts a distraught Kyrie who has just discovered that there is no way to subdue or be rid of his terrible powers, and indulges his request that Naja take his life. As Kyrie lays dying, he thanks the half-breed. Seeing the hubris and corruption within the feral camp, learning Kyrie’s true nature and intentions, and discovering the hope of a new, brighter future eventually win him over to the side of Morte and her cohorts.

Scene 1: Even while loyal to the ferals, he views their racism and atrocious abuse of humankind
as serious problems to be addressed.

NAJA: Are they so blind they would cast all humans as terrorists?

Scene 2: Upon learning that the World Annihilation Front really does aim to literally end the world, his determination to stop them grows all the stronger.

NAJA: Then they really are out to annihilate the world…That’s lunacy!

NAJA: They must be stopped. No matter the cost, I will see their aims thwarted!

Scene 3: After killing Kyrie at the boy’s own behest, Naja is left confused and conflicted, with none of the satisfaction at having ostensibly saved the world from destruction.

NAJA: He didn’t fight it… He just let it happen, then he… He thanked me?!

NAJA: Why?! I don’t understand!

Scene 4: Once he joins Morte in her quest to build a better world in the place of the current, irredeemably broken world, we finally see his dry sense of humor begin to emerge.

NAJA: I’m amused and horrified to see your reactions have ceased to surprise me.