Sometimes, following your dreams is hard

A few days ago, on August 27th 2016, I got to see to see my voice over on the big screen. My very first feature film, “Welcome to Monster High: The Origin Story” debuted in 800 theaters across the country. I play the main villainess; and, it felt like some sort of miracle.

Whose dream is this? How did I get so lucky?

I decided to take a moment and reflect upon my rough “feature film” journey up until this moment. Because as all actors know, the road towards any large dream is certainly NOT filled with rainbows and unicorns. 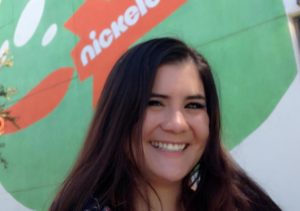 The work it takes, the tenacity, the commitment, the passion to this art form we all love so much. The path that led to this moment was long, winding, steep…and there were moments that really, really hurt.

So here goes my truth……

1.) 10 years ago – I was cast as the lead teen female “bitch” character in an indie feature film (on camera). We shot it, and they never received the funding to finish the production. Bummer.

2.) 7 years ago – I was cast as the female lead character in an actual feature film (on camera). After FOUR callbacks (seriously), there was three months of rehearsals. Everyone was happy, things were fine. We finally went to shooting. One week later, I was fired.

Once the final production team came on, they informed my director that I “made weird faces” (um, ok?) I was also struggling with pain – it was only 6 months after a major accident, and I was having trouble keeping up with the 14 hour shoot days that often started at 4 in the morning. I was absolutely destroyed, heartbroken, embarrassed, horrified. I decided that on-camera was not going to be for me, and that I would take my “weird faces” back to voice over only, or at least until the pain was gone. They replaced me with a wholesome disney princess type. The film released. And now they are making a 2. It’s a terrible movie but it still hurt.

3.) 3 years ago – I was cast as the lead female character in a feature film called “Bilal” (voice over). I was playing an Ethiopian character. I practiced with a dialect coach to prepare the accent perfectly. We recorded. I was paid. It went on IMDB. My name was there for 6 months. I couldn’t wait! Suddenly, 6 months after recording, my name disappeared. I called my agent. I found out that half the cast had been re-cast – all replaced. I researched and found that I had been replaced by an African American, on camera actor, whose credits beforehand included “Revenge of the Leprechauns.”

4.) 1 year ago – I was cast as the female lead villain for Monster High. I was selected to be the first true villainess Monster High has ever had. The movie ACTUALLY PLAYED IN A THEATER. MY NAME WAS IN THE CREDITS. And frankly, it felt like sort of a miracle.

Why am I sharing this?

Because sometimes, following your dreams and your heart is really hard.

There are those moments of, “WHAT AM I DOING? Why am I doing this!?”

But you just keep going. Because this is what you love.

Eventually, if you stick around, and you keep getting better… and you grit your teeth…and you don’t let your own fears and insecurity get in your way or stop you….then cool stuff can happen.

If you know deep down that you’ve got something, keep going.

You may not have it all “together” yet – you may not even know where your path is going to end up. You may just know the general direction. It doesn’t have to be perfect. Just get started, keep going, and life will show you where you need to be. Truly believe that. Do listen.

For me, I love voice over and I love acting. I tried both on-camera and off, print, theater and film. Voice over was where everything just “fit” for me. I could be anything I wanted to be.

Theater was fun, but not a passion. And on-camera I really enjoyed – but life gave me hard lesson when I was fired from my lead in a film. What can you do about “making weird faces”? This is just my face. This is what it looks like when I act. How can I control that? This is how I express myself.

It was crushing, and it was an embarrassment to me for a very long time. And then, a miracle happened. I did my first animation role, where the film your face as you act. And I received the most amazing feedback from the production team! I was astonished to hear that my performance had been a “huge inspiration for the animators”.

Suddenly….it all made sense. While my “weird faces” were too much for on-camera, my expressive face was a huge asset in the world of animation. The production team had a lot to work with when creating my character. Incredible. What was a negative in one field of acting, was a huge positive in another.

Life teaches us and shows us our path. Slowly, it unfolds. We make our way down a long and winding road of uncertainty. If we listen, adjust, adapt and keep going — then I think we can all find that place where we belong. That magical place where our passion, success, work and happiness can all exist together.

A happy life is where your soul and your actions are all working as one. It can just take a lot of courage and tenacity to find it.