Standing Up for Your Value: A Toy Story

A small victory today! Last week, I received a job invitation from a previous client to do some singing for a short toy jingle. When he offered the rate of $250, I politely said my toy rate (single product usage only) was $400/hour. We settled on $350 plus $150 for pick-ups.

Upon receiving the script, I realized that this was not to go IN the toy itself – it was clearly an advertisement for a COMMERCIAL. I inquired and they confirmed. It was to run for 8-13 weeks nationally, on Disney and Nickelodeon, kids stations. Wow. And not only that, the VO was a tough one – all little baby girl voice singing. I realized why they couldn’t hire a traditional singer. 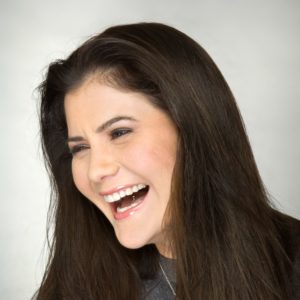 I was polite and explained that the rate for something like that would be dramatically different (and sorry!) Having come from 24 years of toy VOs – something I could do in my sleep, it would have taken me maybe 20 minutes – it’s hard not to have some sympathy for toy production companies. Traditional toys have plunged in sales ever since the early mid 2000’s, due to an increasing number of children wanting iPhones, tablets, and video games.

Since I used to work for a toy sound production company full time, I understand that they just don’t have the funds. However, there ARE toy companies that are doing WONDERFULLY out there – and that’s because they have innovated! They created toy lines that go with online games, webisodes, mobile game apps – shows! They added compatibility between phones and the toys to activate them. They created a youtube series. But traditional toys are slowly dying. And that is unfortunately not something that I can cut my value for.

I ended up in a long and fruitful talk with the client. I understood where they were coming from and they appreciated that. And once they heard my work, they realized what that little jingle COULD sound like with a real voice actor behind it. They told me how much work it always was to pull the energy and pizzazz out of traditional pop singers. I suppose in the past they had hired local singers for their advertisements; and the singer was usually over the moon to do a singing gig for a couple of hundred dollars to go on TV. But this one really needed a true actor. And honestly, the song could end up being a big mess without one. We’ll see what happens.

The conversation ended with them telling me that they really respected my standing up for my worth! They explained that on this project there was just no room and the budget was set, but they were excited to work with me when their budget allowed for the possibility of hiring me in the future. I had sent over some song samples I had in my library the night before, and this morning I woke up to an email that said ” These are so dope! Can’t wait to have enough budget to use you!” – (client)

And I felt happy. I am grateful for these moments when a client realizes they CANNOT just hire any person off the street to do a VO job if they want it done well.

UPDATE: A week after this happened, the company was unable to find anyone to do the part the way they wanted. They hired me to do their national commercial for my requested fee

Here it is! All background vocals, harmonies, kids voices, adult VO and kid VO is done by me: https://www.youtube.com/watch?v=fPKSv0ojTz8