Why I don’t worry about Fiverr Anymore

One of my friends works in advertising at a large New York-based agency. In a recent chat, the conversation eventually turned to sites like Fiverr. What he said next nearly made me do a spit take with my coffee…

“Fiverr? Yeah, I use them all the time.”

“You do?” I was astonished.

“Yeah, lots of people who will quickly whip up an image or record something on the cheap. Saved my life more than once, believe me.”

I was dumbfounded. “The stuff you make for work–?”

“Oh, sorry about that,” my friend started to explain. “We do use Fiverr, all the time. But people like you — real voice actors and graphic artists and stuff — you have nothing to worry about.” 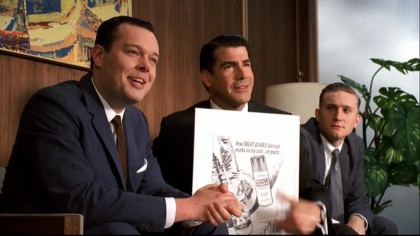 “Most people think advertising works like it did back in Mad Men or Bewitched or something. Yes, we still do pitch meetings, but no one shows up with drawings on poster paper. We’d get laughed out of the building.”

“So, Keynote or PowerPoint presentations?” I asked.

“No, that’s outdated too.” My friend continued, “If I show up at a pitch meeting with anything less than a full on video made in iMovie or something, I’d be dead.”

“Fiverr is where I get my filler. I don’t need it to be good. I just need it to stand in there while I sell the concept. In fact, if the art or the voice is too good, it actually detracts from what I am trying to do.”

It was starting to make sense. “So, you hire these people on the cheap and you throw away their work?”

“You never hire them for a final job?” I asked.

“No. In fact, we keep a list of people that we’ve come across on sites like that.”

“To hire them again?”

“No. We need to make sure that we never hire anyone with a Fiverr profile for a real job.”

“A client once found a voice talent that we used on Fiverr. We didn’t know that she was on the site. The client felt that it cheapened their brand to be associated with anyone who would ‘whore themselves out that way.’ Their words, not mine.”

“So now you keep a blacklist?”

“Kind of,” my friend explained. “Here’s the point. That throwaway art and audio and stuff is enough for me to pitch the idea. If the agency moves forward with the concept, we look for real talent to do the real work. Why should I waste your time on a concept that may never turn into anything?”

“And this is a standard practice in your industry?”

“I think so. I mean, I know a lot of people who do the same thing all the time. So, don’t worry about sites like Fiverr. It’s filled with hacks, not artisans. We know quality. Our clients know quality. Quality costs a lot more than five bucks.”

I thought for a moment. “Outside advertising, do you think–?”

“Look, if someone believes in an idea, I mean really believes in it, there are so many ways for them to get the word out and raise real cash. The only people getting art and audio off of Fiverr for end products have absolutely no faith in their idea. You don’t want to be associated with ideas like that, do you?”

Again, I thought about it. Then, as I understood, I relaxed. “That makes sense. You’re right. Thank you.”

A quick bit of googling will reveal to you just how much of a hot button topic Fiverr has become in the voiceover community. So, I don’t feel obliged to retread that ground here.

It was interesting for me to hear an opinion from someone who works outside voiceover but has regular interactions with us on a professional level. It was reassuring to hear that people who traffic in ideas understand the value of what we do.

When I encounter someone trying to break into this business who has put up a page on Fiverr, I tend to tell them, “I think your voice is worth way more than that. You’re undervaluing yourself.” Unless they ask for clarification, I often leave it there.

This article was originally published published on Steven Jay Cohen’s site. It is re-published here by permission of it’s author.
Want to keep the discussion going? Follow this link to add your thoughts on the original blog.
Interested in working with Steven Jay Cohen? Click here to see his upcoming classes and 1on1 coaching sessions!