Singing for Commercials with Charissa Nielsen 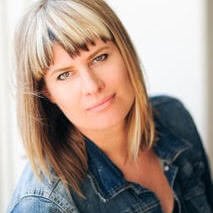 Do you sing too?

Many voice actors are singers or have a great singing voice, and may be wondering, “is there a way to bring singing into my VO business?”. Well, Los Angeles based session singer, vocal contractor, composer, and actor Charissa Nielsen is here to answer that! Charissa has worked in the business since 2006 and can be heard on national campaigns such as Nationwide Insurance, Burger King, JELLO, Old Navy, American Family Insurance, and many more.

In this brand-new webinar, Charissa will cover:

Join us and learn how to sing for commercials!!

Los Angeles based session singer, vocal contractor, composer and actor Charissa Nielsen, is versatile and experienced on stage, studio and set. Before session singing, Charissa was a personal assistant to Rick Rubin, Cecilia Noel, and Colin Hay. There she learned the finesse of working with celebrities. Life has gone full circle…keep reading!

Often called to engineer her own vocals, gather voices for a TV, Film, Album, or Commercial project, or compose a song at a moment’s notice, Charissa can deliver. She sang on La La Land, Star Wars, SING, The Jungle Book and Planet of the Apes. Commercially, her vocals can be heard on a wide variety of national campaigns for NATIONWIDE INSURANCE, TIDE, INFINITI, BURGER KING, UPS, CUTIES, HANES, OLD NAVY, JELLO, COMCAST and many more. Charissa appeared on The Real O’Neals’ season cliffhanger and was the vocal contractor for the episode. In the album world, Charissa is trusted by world-famous producers/artists such as Rick Rubin, Neil Young and the Smashing Pumpkins and has hired singers for their projects. Her compositions can be heard on film and TV soundtracks including AMERICA’S NEXT TOP MODEL, THIRD WATCH, and JACK AND JILL.

Charissa and a few friends have launched 2 LA based choirs. Elevate Gospel Choir and Captivate Kids Choir. In their 2 years of work, they’ve been on TV, sung for Rick Rubin, and worked with The Voice! Visit our site: http://TheCommercialChoir.com

Charissa is an energetic performer and has shared the studio or stage with NEIL YOUNG, LEONARD COHEN, SMASHING PUMPKINS, MICHAEL BUBLE, PERRY FARRELL, COLIN HAY, and SETH MACFARLANE. An 13-year member of the dynamic salsa group CECILIA NOEL & THE WILD CLAMS, Charissa also dances, and sings in English and Spanish, to latin, pop, soul and funk grooves played by an all-star band.

Charissa is a proud member of SAG-AFTRA! She is an excellent sight reader, can blend superbly, and is a team player. She is a licensed Music Therapist with a degree from Loyola University, New Orleans, where she also studied classical and jazz voice. She loves recording and composing from her home studio and is comfortable in both Logic Audio and Pro Tools.